My thoughts on life and leadership 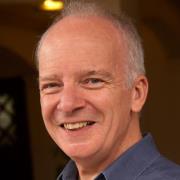 I spent this afternoon at the thanksgiving service for the life and ministry of Arnold Bell, who, until his death shortly before Christmas, led City Church Sheffield. The service had a number of tributes from different people who knew him well. Clearly, this was a life well lived.

One of the Elders of the church spoke from Hebrews 11 and described how the writer to the Hebrews talks about these men and women of faith. They were just ordinary people, he said, believing in an extra-ordinary God, and living accordingly. Arnold was an ordinary man who believed in an extra-ordinary God and certainly lived accordingly. His life was an example to many and even his Thanksgiving service was a challenge to us to believe God and live accordingly.

Here’s what I wrote recently on his tribute page:

My first meeting with Arnold was when he was my lecturer when I was studying on FIT for Leadership, and then FIT2 (the forerunners to Leadership Training Foundations & Advanced). I remember being taught to think Biblically and not make assumptions; to look at what the text actually said and not to be afraid to say, “we don’t know” when we really didn’t know!

I remember preaching class with Arnold and also remember what he thought of my sermon! His honest feedback was invaluable and helped to shape my preaching in both content and delivery.

On FIT2, there were only a handful of us and I well remember how we used to try and get him onto Monty Python or other such subjects on a Friday afternoon! His impressions of comedy moments were quite something!

More recently I have had the privilege to serve with him on the ChristCentral team. He always brought such wisdom and insight to situations and will be sorely missed. Arnold – thank you for all you taught me, modelled to me and encouraged me in. Your legacy lives on.

So my question is this – are you believing God, and are you living accordingly?